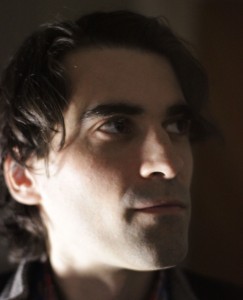 He participated in the 17th World Saxophone Congress and Festival, the New York City Electroacoustic Music Festival, the MATA Festival in New York City, the 2014 Source Song Festival in Minneapolis, the 2015 Root Signals Electronic Music Festival, the 46th Ball State Festival of New Music and the 70th annual Cheltenham Music Festival in England. He has participated in artist residencies in 2015 at the Millay Colony in New York and Brush Creek in Wyoming. Sam was the 2017/2018 Artist in Residence at the Paris Gibson Square Museum of Contemporary Art, where he created an interactive installation: Sound/Play. He received a grant from New Music USA for a new 35-minute work for saxophone and electronics and was a recipient of the 2017 Montana Arts Council Artist’s Innovation Award.

Sam is a founding member of the Minneapolis composer collective 113. He also founded the Montana Improvisers Orchestra in Great Falls, Montana, and directed the ensemble from 2016-2018.

Sam received a Ph.D. in music composition at the University of Minnesota-Twin Cities, studying with James Dillon. He also holds a M.Mus. in music composition from Roosevelt University where he studied with Stacy Garrop and Kyong Mee Choi, and a B.Mus. in classical guitar performance from Boston University. Sam is a classically trained and experienced guitarist. He has played in numerous rock bands, classical ensembles, improvisational groups, and as a soloist.